VICIDial Vs PBX: What Suits Best For Your Call Center Operation? 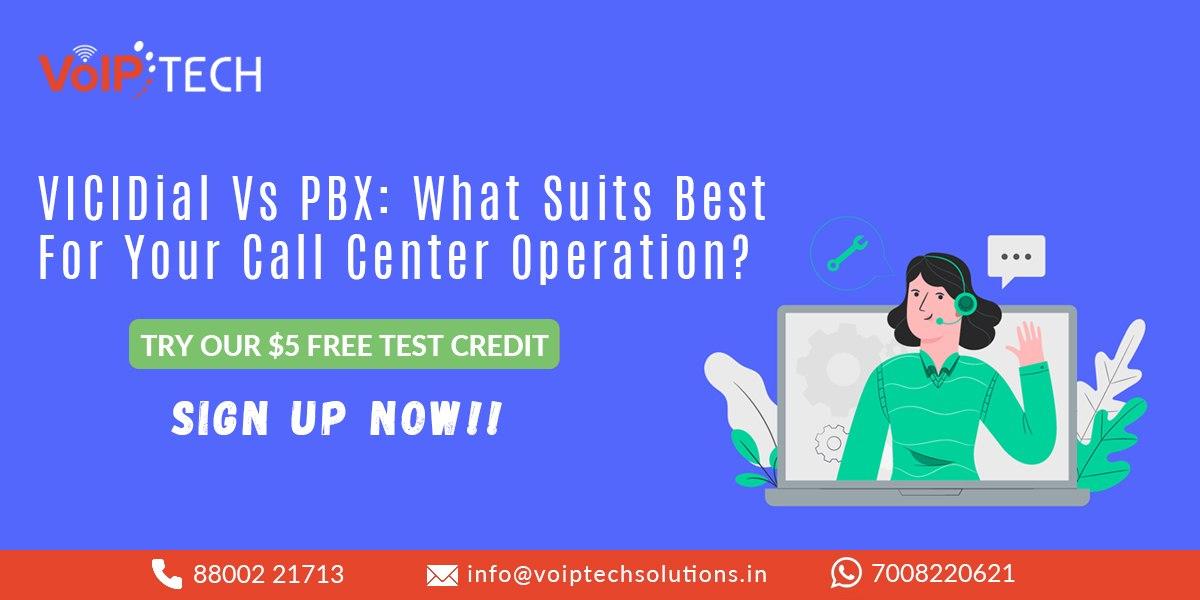 Have you ever heard about VICIDial? And how exactly VICIDial could be a deciding asset to run a call center? Well, the question might be confusing but the answer is quite simple. The VICIDial open-source Call Center Software is only designed for Call Centers whereas the PBX Phone system is more of general usage. However, both perform the same call routing functions but in a different or more general way.

Most of the call centers prefer using traditional phone systems but they do not find it self-sufficient because of its limited features. Let’s focus on some of the differences and similarities between VICIDial and PBX Phone systems as they play a sole role in call center operation.

Generally, there are many differences between VICIDial and PBX systems, but the major one is the components needed to make the call center and secondly the call flow. And as compared to VICIDial, PBX systems are more complicated as they generally use separate systems which are quite difficult to integrate with some other systems. On the other hand, VICIDial is designed in such a way that it integrates both telephone calls and data systems together from the very beginning.

Distinctive Components:  Various Components needed in a PBX-based Call Center are as follows:

Apart from these analyses on its components, the main thing is that it needs a minimal level of integration by design. In a PBX phone system, inbound calls will allow the phones to ring separately or individually, and sometimes in most cases, it badly requires a representative to look up the phone number manually. When it comes to outbound calls, the representatives need to look up the dialed numbers on the phone manually keeping in mind that before the call connects the customer. However, the main motive for saying this is that there is a lot of manual work which can only be done by the representatives with the separated components in a PBX -based call center.

Call Flow:  There are many differences between PBX-based and VICIDial-based call centers, but the only big difference is the process of calls that are routed to agents. While considering the PBX-based system, the logic is quite simple, simply the incoming calls on a group of phones in a specific pattern. However, most of the PBX systems allow some of the phones to answer some of the higher priority calls than the others. But it is not possible to apply any advanced logic to the inbound calls. And it’s just like picking up the phone and dialing the number.

At the same time, if you will be considering VICIDial it becomes quite clear because both for the outbound and inbound calls, a large number of customized advanced call flow functions are available. However these are some of the defaults logics behind. Its function also allows custom call routing to be noted down which might be required for any specific call center.

Performance Of The Representative:

eration is the sole responsibility of agent performance. However, this implies different things, but in an overall sense, it simply means how efficient the agent is at their jobs such as handling calls and data operations.

During the best practice installation, the agents do not need to pick up the phone. The call just popped into a web session and the agent sees the live call on the screen and hears the sound. And at the same time, all the telephony is routed and is handled by a server keeping the agent’s choice behind which call to answer. However, the primary benefit of it is that the agents can answer the call very quickly and also operate as a team to answer calls. Lastly, the customer’s waiting time will be reduced from 15-30 seconds to 5-10 seconds maximum.

However, based on the previous statistics the call centers those who have switched from a PBX-based call to VICIDial should look into some of the static performance of the agents:

Always remember that reports are very important to a call center. Through the help of a report, the managers of the call center get assured about the smooth running of the call center at its maximum efficiencies. And among all the advantages, the foremost strength of VICIDial over PBX systems is that it gathers abundant information from the system because of its unified feature along with the tight integration of telephony and data. In short, you can say that a PBX-based system is quite confined to the number of calls to a certain number and the number of calls answered within a specific time period.

However, VICIDial can also see this information by adding up more details to it.

Apart from that below are some of the reports included by default for things such as:

Last but not least the expenses are the only thing which makes the other things a bit complex. Considering the type of call center and the size you are running. Because most of the call centers cannot be possible with a traditional PBX system. However, keeping the hardware, as well as labor and telephony cost, be the same.

However, VICIDial works much differently. It is the only telephony that is freely available from the Internet and can be installed on the agent’s computer system. VICIDial also handles the call routing to the representatives. It is quite simple to install.

Overall, both VICIDial and PBX are used for different purposes. A call center requires both systems but VICIDial is much more appropriate and efficient.